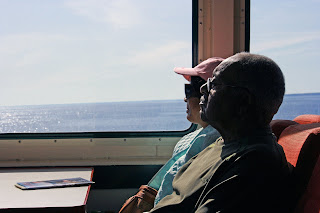 Okay, so the story of the day is Kate Gosselin's interview on the Today Show. If you have not watched the clip, you can find it anywhere (today I don't feel like doing links--I know you are disappointed). I happened to catch the interview before taking Zach to school today and I couldn't stop thinking about it. The context for the interview was to promote Kate's new book, but of course Meredith could not avoid discussing the elephant in the room--Jon's alleged affair. Jon had pulled out of the interview at the last minute and issued a statement about the photos from US Weekly. Now video footage has appeared backing up the claim that he is cheating on Kate.

Why do we care? Because the show Jon & Kate plus 8 is the number one show on TLC right now. The whole world seems to care.
Anyway, she made a statement over and over again at the end of the interview. She said that the kids were the focus. They always were the focus. They would continue to be the focus. I wanted her to say...my marriage is my number one priority right now. I wanted her to say, Jon and I love each other and are committed to work through this. She did say that they were working on it privately, but a simple statement like that would have added to her support of their marriage.
A few years ago, Oprah had an author on her show who received backlash because she had stated in an essay that she loved her husband more than her children. I realize that Kate may not have been in the mindset to say that right now on national television. I am sure that she is very angry and embarrassed. But after all is said and done, those eight kids will leave the nest. Jon and Kate will look at each other and the silence will be deafening. Any of us who are married and have kids will feel this same emptiness. And I, for one, don't want to look at my husband and wonder who in the world he is and why we are together. I want our marriage to be the focus NOW so that later we can sit contentedly together and be happy to have loved each other.
Today I saw the cutest couple at the coffee shop. Probably mid-sixties, dressed in their golfing clothes, looking at their laptop together. They were sharing a drink and laughing and looking at pictures together. They were flirty and happy. And most obviously in love.
The picture above shows a couple that was on our ferry to Mackinac Island last summer. I could imagine them in their younger years but on the ferry, they were comfortable in the silence. I imagined him patting her hand, and the look of love in his eyes. They were beautiful. Just like the coffee shop couple. And just like I hope my marriage can continue to be.
I wish the same for Jon and Kate.
Posted by Twila Bennett at 8:09 PM 2 comments:

Twila Bennett
Rockford, Michigan, United States
I am a woman. Hear me roar.